An Interview with Brendan Hoffman by Hon Hoang

Born in Albany, New York, Brendan Hoffman now finds himself traveling to World’s end capturing images of nationalism, identity, history, and politics. He has found himself everywhere from Washington to Russia, Haiti to Ukraine. As a documentary photographer, he is driven by curiosity and a pursuit to understand the human condition. He captures everything from the mundane to the terrifying with humanity and beauty.

Hoffman is a co-founder of the photography collective Prime and is currently documenting the conflict in Kiev, Ukraine. 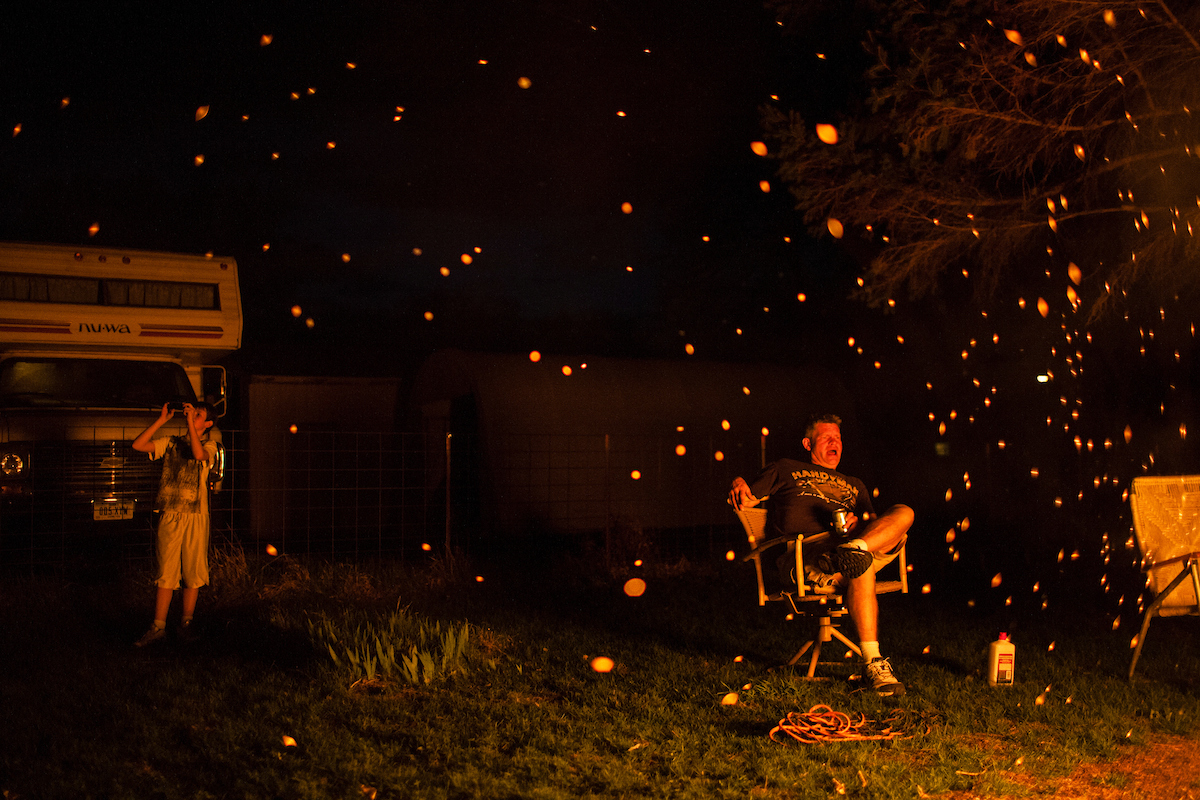 When did you first fall in love with photography? How did you know that it was a career you wanted to pursue?

My first experience with photography was in high school, where I took a few classes and really enjoyed it. I would have taken more classes in college had my university offered any. Around 2001, the first consumer digital cameras were just coming out, and I got one to play around with, just as a hobby. Over the next five years or so, that hobby grew more serious, though it was really the idea that working as a photojournalist would allow me to travel and explore topics I was interested in, as well as exercise more creative impulses, that pushed me to make it into a career.

Why have you chosen photography as the medium to tell your stories?

I’ve always enjoyed the visual arts. As a kid I liked to draw, and did quite a bit of painting in high school. In college I majored in art history, though I liked the art part far more than the history part. Photography lets me keep one foot in the art world while also letting me engage with political and social issues through journalism, which has a different sort of power thanks to strict ethical boundaries.

Your photographs gravitate around themes of nationalism, identity, history, and politics; how and why did they become your focus?

I didn’t really set out with a specific interest in these ideas, but over time I’ve found that the stories I’m drawn to and captivated by tend to revolve around these thorny issues. Telling the story of contested territories like Nagorno-Karabakh or eastern Ukraine get me thinking about the long history that leads us to a moment when war breaks out, and wondering what it is about mankind’s attachment to land that can lead us to kill one another. My work in Webster City, Iowa, has been a process of trying to understand on a personal level how someplace can feel so familiar yet so different at the same time, and what this says about American identity. Working in Washington DC for a number of years photographing the ins and outs of US politics certainly contributed also. 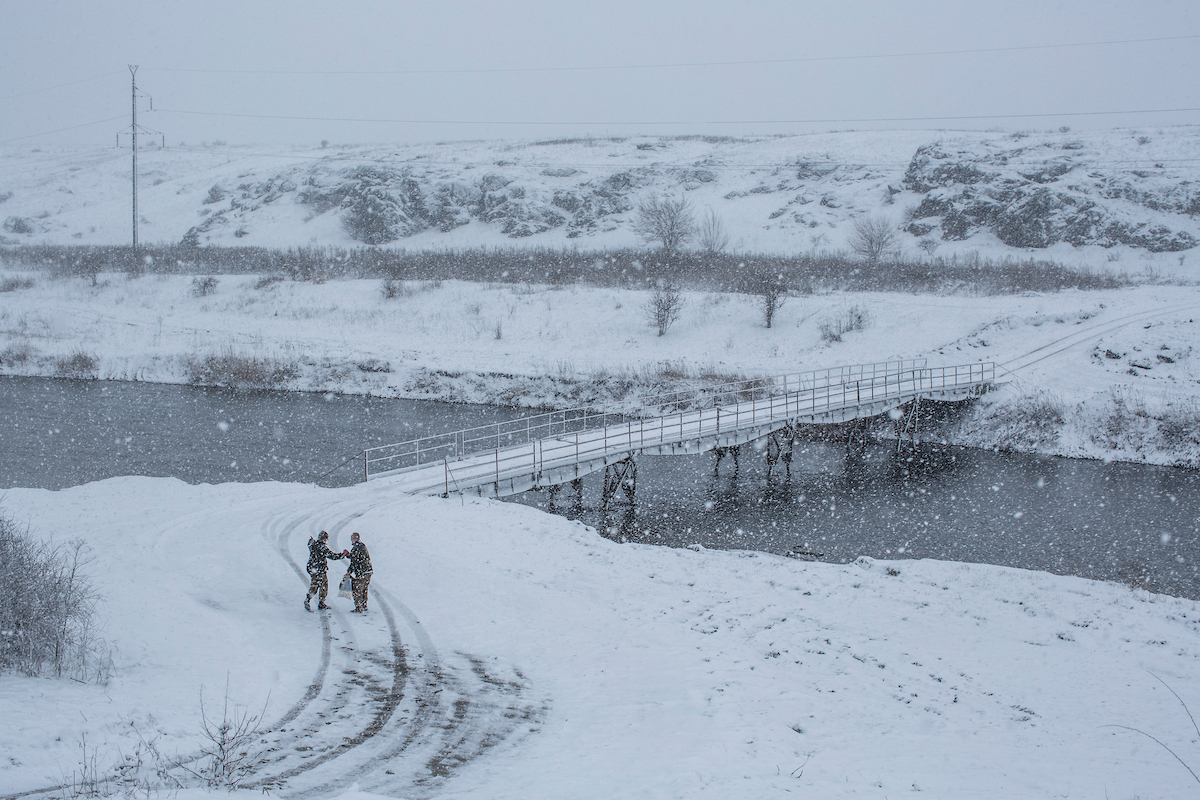 In your series Ukraine in Crisis, what state of mind are you in and what are you trying to capture?

The war in eastern Ukraine is the first war I’ve covered. As a phenomenon, war is something I really have a hard time understanding, in terms of how easily people can be moved to kill other humans, and/or risk their own lives for what may be abstract concepts. My state of mind is therefore one primarily of confusion and trying to better understand all these people I meet for whom war seems perfectly logical. My pictures, on the other hand, probably don’t answer these questions. Instead they simply record things that happened and how people respond to those things. This seems like important information to gather for future historians as much as for tomorrow’s newspaper.

How do you capture the tension and conflict with humanity and beauty?

I think the only way to do that is to approach the story with empathy, which is way harder than it sounds. It’s a near-constant process of listening to what people tell you, measuring that against what you see with your own eyes, and really working to understand the perspectives of people on all sides of the issue. It also requires being cognizant of my own blind spots and prejudices and being able to set them aside as needed. Beauty is sometimes a tricky topic with regard to photographing conflict, but it’s really about the only tool we have as photographers. It’s an aesthetic medium and a visual language, really, so we have no choice but to operate within those parameters. Beauty has a humanizing power that is important for my work. 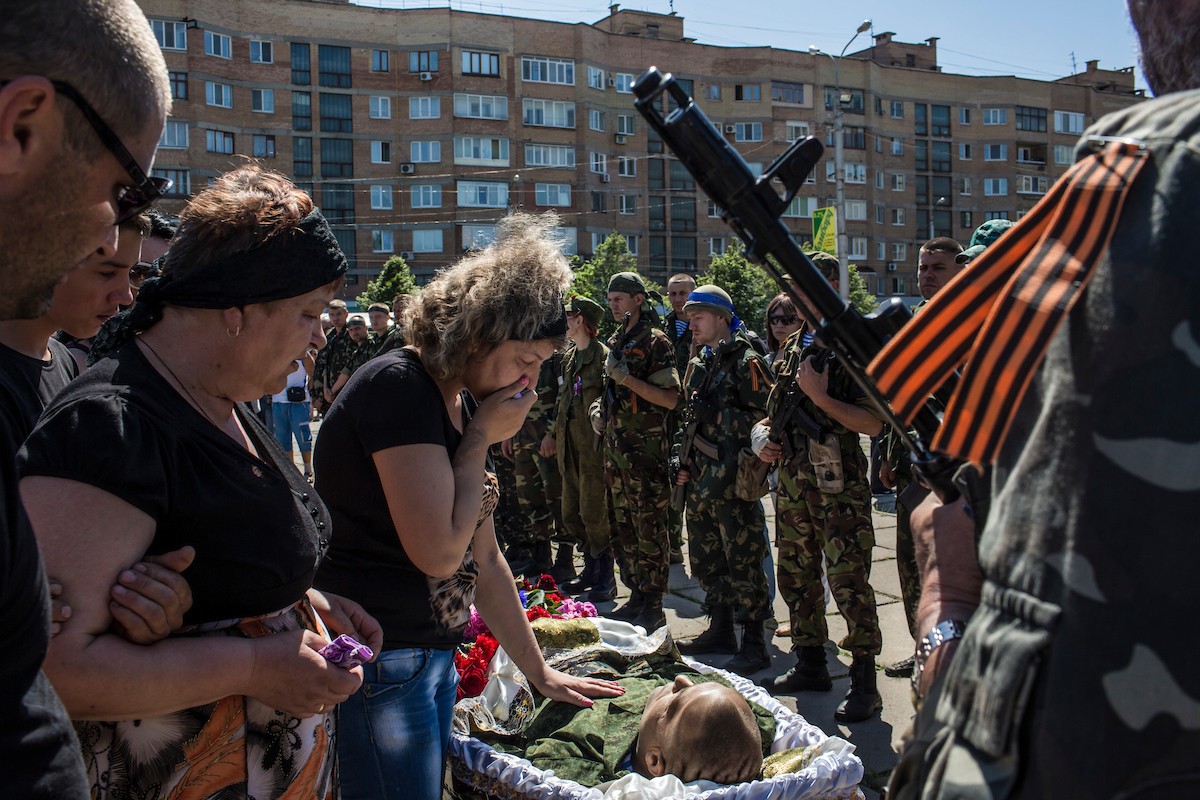 For the more intimate photographs (funerals) in the series, how do you approach the family and love ones for approval?

Many of the funerals were photographed in the early days of the war, when the fact of the fighting was so surprising that people felt desperate to make sure the rest of the world could see what was happening. This kind of access became progressively harder, as people worried more about the authorities’ reactions to their cooperation with foreign media or simply became cynical as the conflict dragged on, (rightly) believing that more funeral pictures would not stop the war. Of course, being respectful and only staying as long as you are welcome is the most basic principle.

How do you blend in to capture the honesty of a moment?

It’s not always possible, but simply acting like you belong there is helpful. And with ten years of practice, I’m good at being strategically boring. 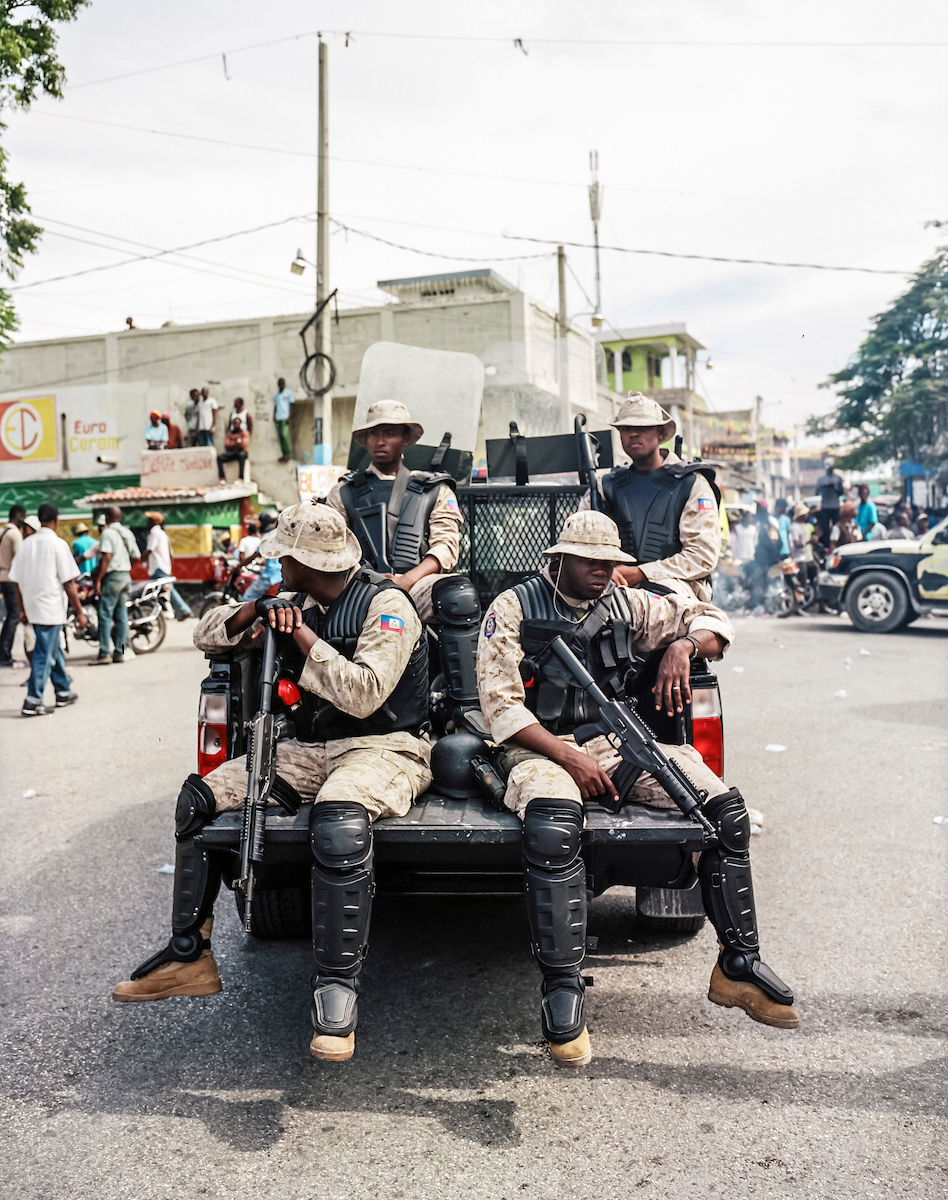 What was the most tense moment you can recall? How did you diffuse the situation and how would you advise others?

The early days of the Ukraine conflict were true anarchy. There was no hierarchy or chain of command, and if the militiaman with the rifle didn’t like your attitude, there was nobody to remind him or make him care that I was simply a neutral observer, no laws to be enforced. That requires a mix of respect, humor, and occasionally just acting stupid and harmless. I made a press pass with a London address so I could claim to be British, and stuck a sticker of the Donetsk People’s Republic flag on the back. It meant nothing official, yet created just enough confusion and the illusion of legitimacy that I would just be waved through checkpoints. The most tense moment was nearly two years after the fighting started, when we were passing through a remote checkpoint on our way into Donetsk. Our media accreditations were sitting in an office in Donetsk still, as we hadn’t yet arrived to pick them up. Yet without them, we were very suspicious foreigners. We were ordered out of the car at gunpoint, told to keep our hands out of our pockets, and made to hand over our phones as the guy in charge contacted higher-ups. In that situation, there’s nothing to do but follow directions. It was cold and raining, and after maybe ten minutes, we were allowed to stand under a small overhang, out of the rain, and slowly things relaxed. We ended up stuck at that checkpoint for five hours, and really once the commander left, the rest of the guys were totally fine – even giving us food and vodka. There’s no specific advice I can give, as everything depends on personality and the specific chemistry of the moment, but it can be easy to get complacent. Maybe the best advice is: don’t get complacent. 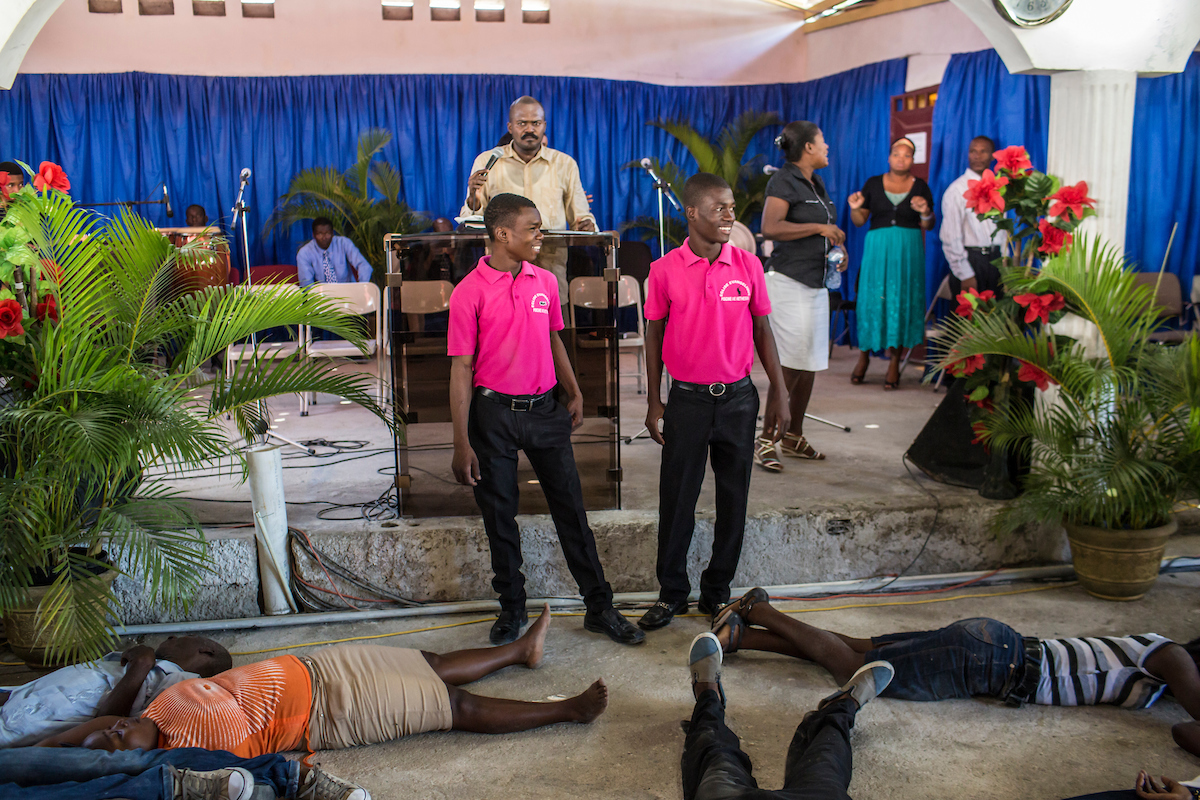 What do you think is the difference between a storyteller and photographer?

Photography is a strange medium. Any individual picture is absolutely factual in what it records, and can tell the story of that one moment, yet it’s much harder to tell a specific story with a series of pictures. It leaves too many questions, but that’s also what makes it so powerful and allows room for metaphor. Certainly not every picture or series of pictures tells a story, but I think it’s really important to know what story you are trying to tell, or what questions you have, in order to decide where to point your camera. The alternative is to make pictures that are divorced from their content and purely about aesthetics. 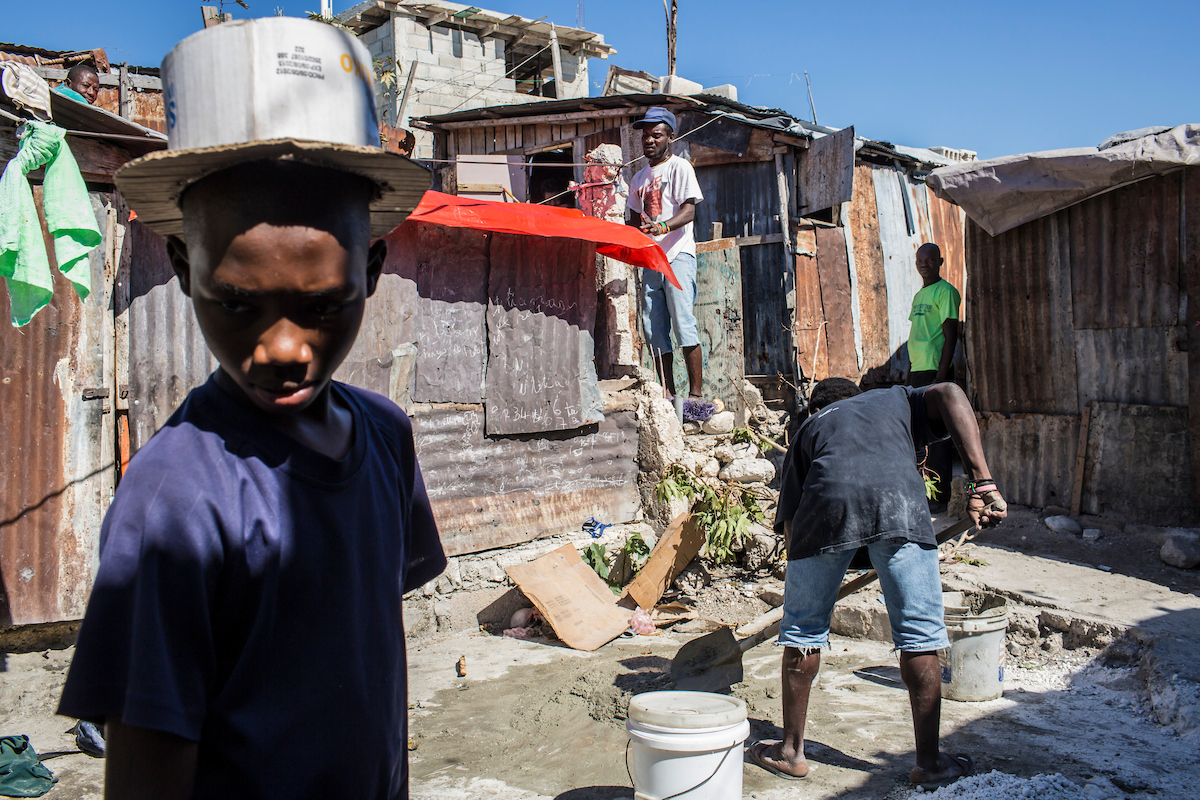 What advice do you have for photographers that hope to move from taking photographs to producing series? How do you start a project/series?

You need to be curious about something, and then just set out to explore and seek answers. Starting is always the hardest part, but the important thing is to simply go make those first pictures. Everything becomes easier after that and slowly your path will reveal itself. Inspiration can come from just about anywhere, but it helps if you read a lot. 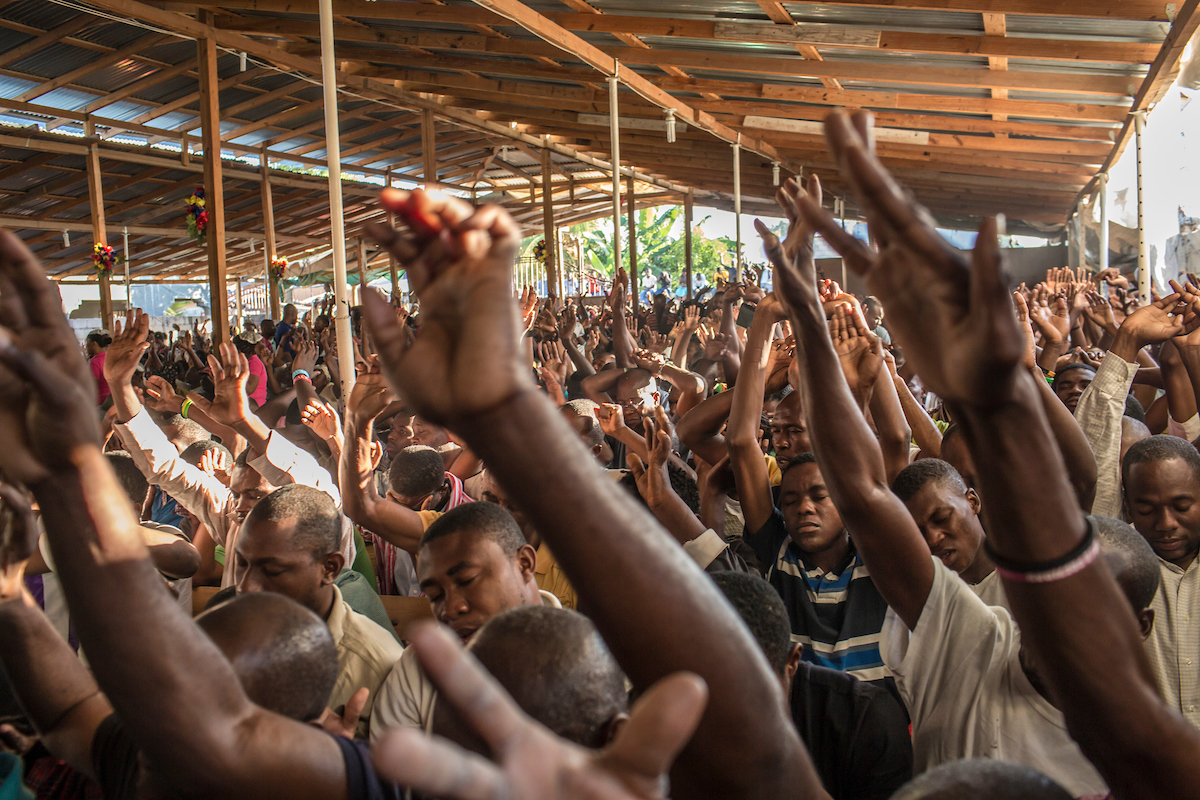 Would you have any advice for aspiring photographers? If you had to start all over again, what advice would you give yourself?

In the beginning, I wish I had picked one story and pursued it extensively on my own. Instead, I started many stories, assuming (naïvely) that if the idea was at all good, some magazine would put me on assignment to finish the project. If that didn’t happen, I would start another story. That’s just not how it works, and I ended up with the nubs of many stories but few that were complete. I also wish I had started studying Russian sooner. Speaking a foreign language is incredibly helpful.

Otherwise, if freelancing, get serious about understanding the business side of photography. Read contracts before signing them, negotiate always, and act like the small business owner you are. Demand respect as an equal, but always, always be a professional. Don’t whine or complain or make excuses or expect an editor to hold your hand. Network. Last but not least, make work that speaks for itself. 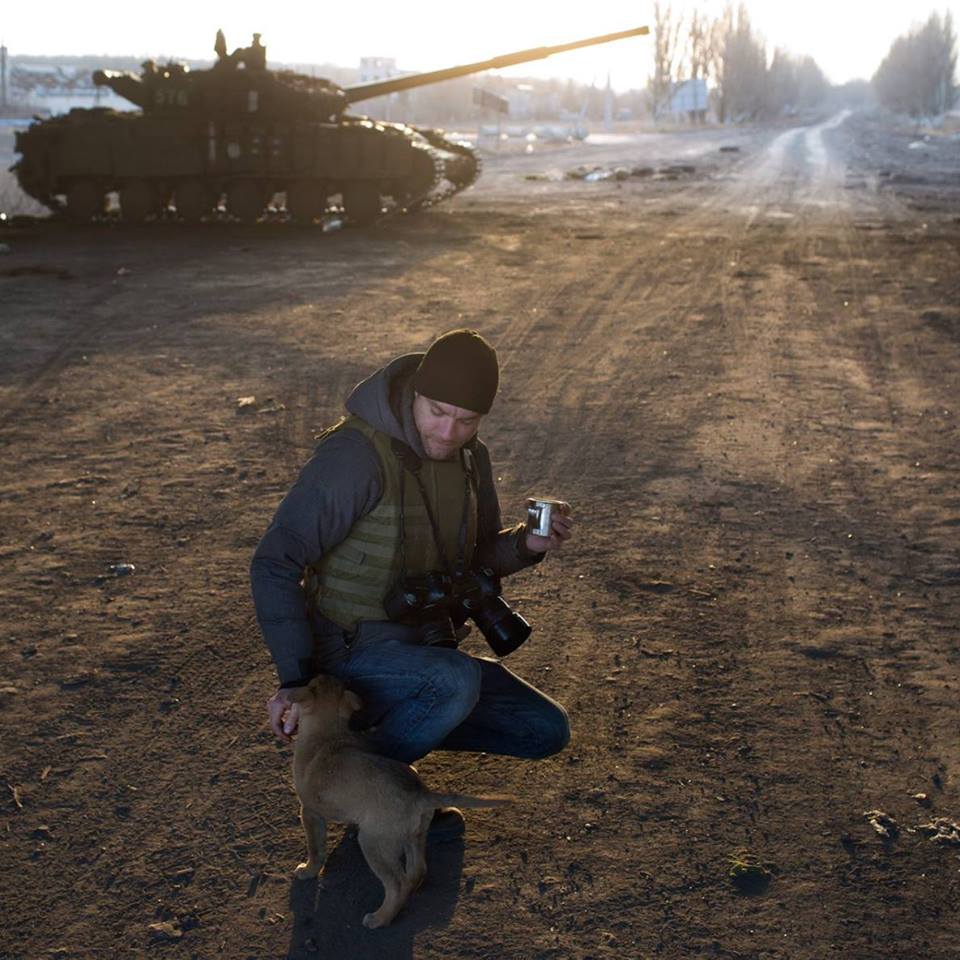 A photo of Brendan Hoffman by Pete Kiehart