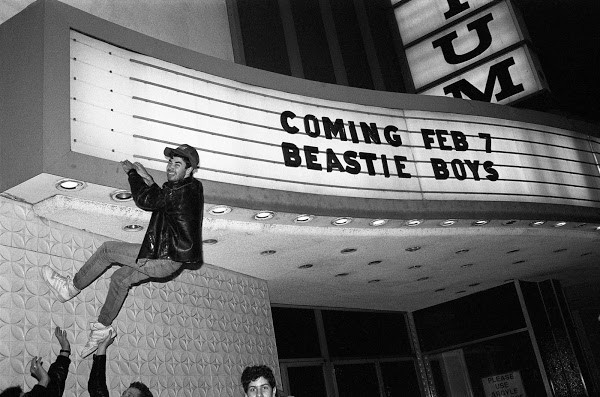 An Interview with Photographer Sunny Bak

If the Beastie Boys fought for our right to party, Sunny Bak invariably provided the ammunition and base for their crusade. The Beasties having used her old studio in Manhattan to film their “Fight for Your Right” music video, Sunny documented their early years along with other artists and celebrities during her 4 decades as a photographer. Being born in Manhattan to Chinese-Indonesian and Korean parents, she grew up in New York City and began her career as a photographer at the early age of 12. She has never looked back since.

You have two showings on March 17th at the Venice Art Crawl, can you talk a bit about the work you will be showing?

One of the shows is called “Photographs, Paintings, and Ghosts.” The collection will be photographs I’ve shot back in the 70’s. They’ll be showing at the Cadillac Hotel at 8 Dudley and they’re all paparazzi photographs shot in black and white.

The other show is called “In Heroes We Trust” at 800 Windward Ave. The photos there are of David Bowie, and Andy Warhol with Yoko Ono. 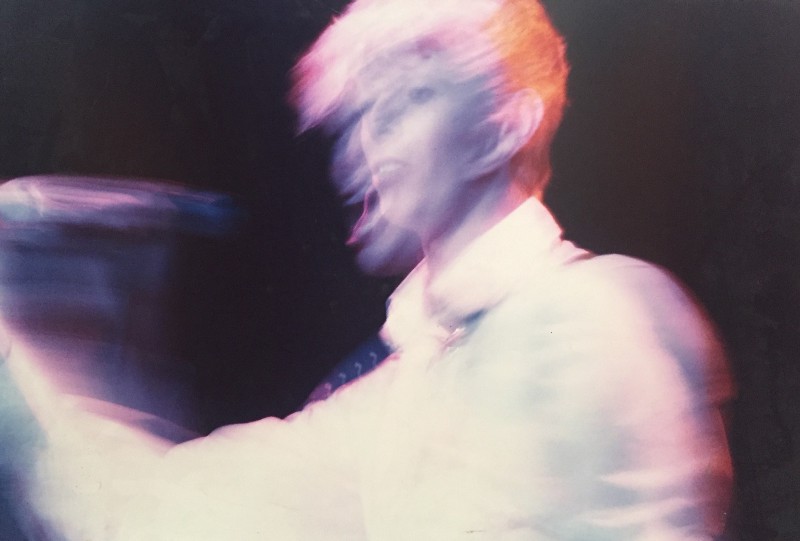 For your photograph of David Bowie, I noticed your use of light exposure to capture his motion. What was it like to photograph his performance and why did you decide to capture it in the way that you did?

It was shot at Madison Square Garden in 1984. A friend of mine worked with Mainman production which was David Bowie’s management company in the very early days where he signed an agreement on a napkin and couldn’t get out of it (laughs). So that was my contact to David Bowie, I use to go the office and would get lyrics to “The Jean Genie” on a piece of paper written by him. He would just be “here, take it. Keep it.”

The photograph was of him in concert and it was a long exposure where I happened to capture a moment where he was particularly animated. 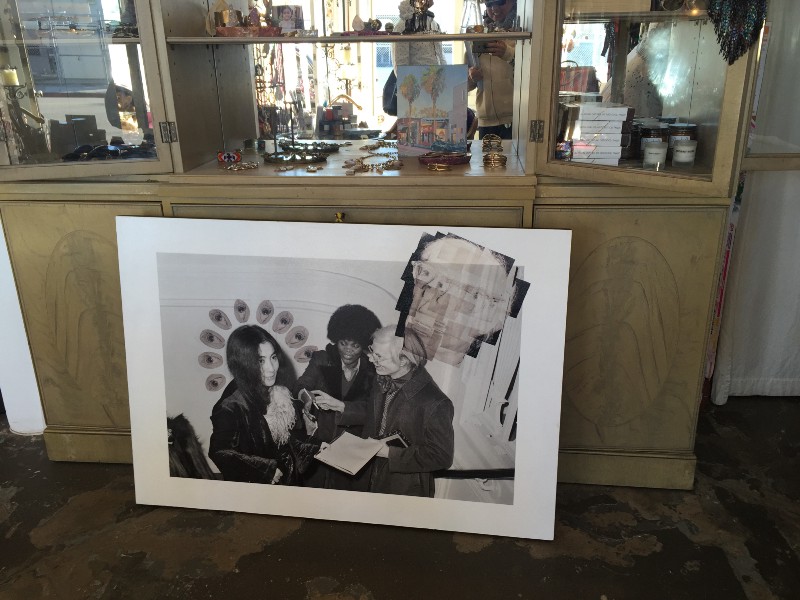 Did you want to talk a bit about story behind the Andy Warhol Yoko Ono photograph?

Sure! It’s a photograph of Andy getting an autograph from Yoko on the opening night of his Broadway show “Man on the Moon.” Andy can be seen being ecstatic with the presence of Yoko at his opening. This particular piece was a collaboration with an artist named Mark Satterlee. Mark took Polaroids and pulled the emulsion off to use it as a medium on the photography.

What are your thoughts on business within art?

Wow, that’s a long topic… I’ve gone from being a fan, to a business person (where I did commercial photography and fashion photography for 20 years), now I’m going back to shooting/curating my own work in the fine art forum. Finding that there’s historic value because it captured a piece of time where there were not a lot of images in that time and place. In the 70’s, on Broadway, backstage, there were no other photographers. There was me and then there was no one. I have the privilege to have all the exclusive backstage photos.

The same thing happened with the Beastie Boys. Five years ago when the Art Crawl started, the photos were in a box and I have never printed them. I thought that now that I have an opportunity, I should show some of these photos that have never been seen. 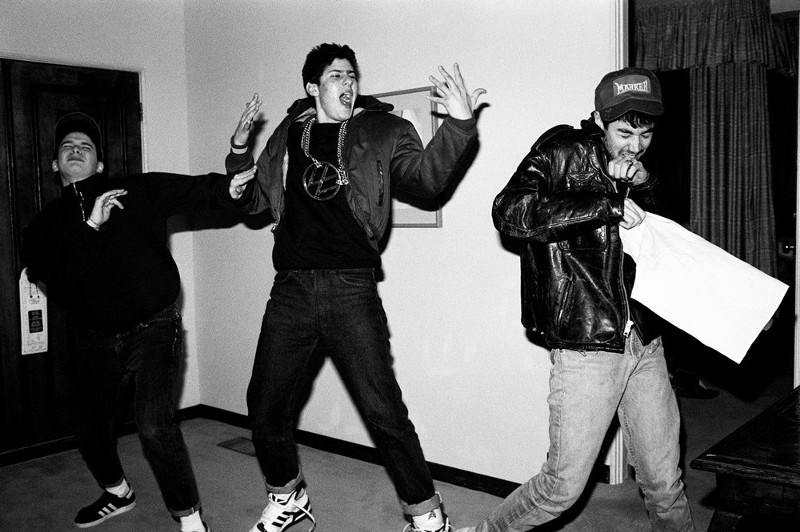 How do you think the business of photography has changed since the transition from film to digital?

Well… I think that everything old is new again, for one. It’s so funny because everyone is amazed and goes “Oh my god! You shot on film? I’ve never shot on film!” They’re amazing photographers, but never ever loaded film into a camera before. They have no idea how to meter. It’s just different, were in a new age.

As Charles Bush told me, “Sunny, we’re dinosaurs. Photography as we know it is dead and this is a new world.” With that, I decided to go back even further and create photographs using tintype. This inspires me because I don’t know anything about it. 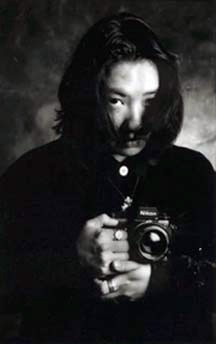 To learn a WHOLE new process! It goes back to the magic that I experienced when I was five looking at photograph appear in the chemicals in the water. I’m always looking for new inspirations.

You once said in an interview, “follow your passion and the money will follow.” Can you elaborate?

As long as I don’t fear not having something, it tends to just happen for me. I can’t even begin to explain it. Basically I feel like, things just happen, just follow your passion.

Was there ever a point where you have wanted to give up on your passion and what did you do to overcome the feelings of self-doubt?

Nope, I’ve never had that. I’ve been doing this since I was 12 and I have never experienced that ever. I have always done it (photography) because I love it and it’s fun. Somehow I’ve never had another job.

You knew you always wanted to be a photographer?

No, I never thought of it as wanting, I just am a photographer. The rest of it just comes from support from friends and family.

Would you have any advice for young artists pursuing their love and passion?

He was a big influence on you for photography?