In this interview for Asia Photo Review, Hon Hoang interviewed Mijoo Kim, a multidisciplinary artist and educator from South Korea, currently based in New York. Thank you to Mijoo Kim, for the permission and use of her photographs.

What were some of your early experiences with photography?

My interest in photography started when I was in high school. At that time, I had a vague plan to choose photography as my major. Then when I entered university, I decided to major in statistics until my sophomore year, which was when I transferred to the photography department.

Why did you choose photography as your medium to tell stories?

I believe I need to say something that has meaning, something that is socially enlightening and also relevant to the public through my photographs. I was especially interested in understanding and representing people’s lives in various parts of our society. As a woman photographer who is from South Korea, I would like to find my own voice through my works.

How long have you been taking photographs for? Do you think you have changed during this time and has it affected your photography?

I have been taking photographs for over 10 years. During this period of time my style of works and the approach to photography have changed from documentary photography to fine art photography. Initially, I was interested in immigrant workers in South Korea and Korean adoptees who were living in the States. Through my graduate study at the University of North Carolina at Chapel Hill, the focus has changed to my voice and story. I have been interested in exploring the processes of memory and identity formation since my graduate study. I deal with the anxieties and sadness that come with the process of aging from a young woman’s perspective and the expectations that this process brings as well. These processes entail challenging the norms and asking important questions about gender roles and representations of women in society, myself included. 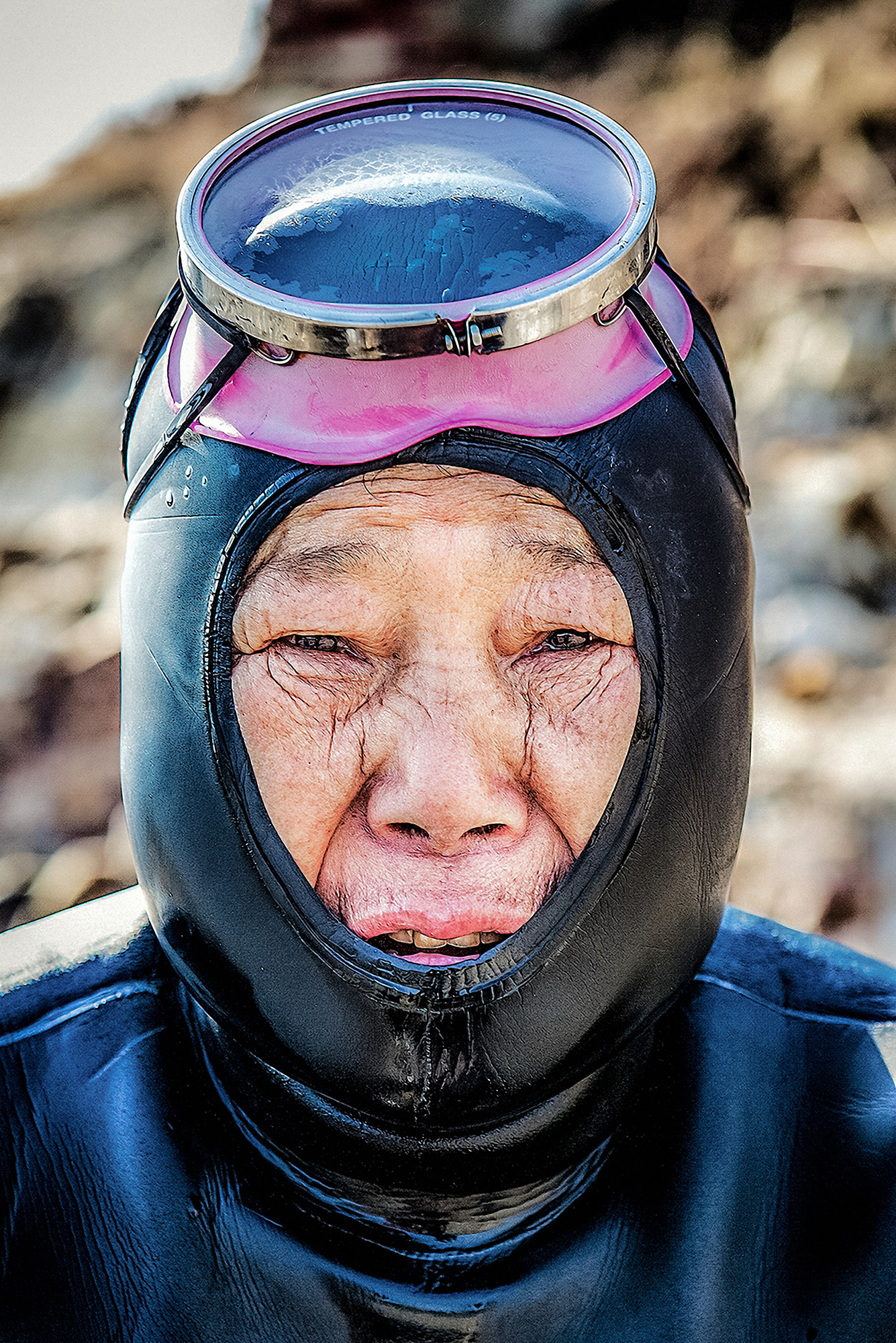 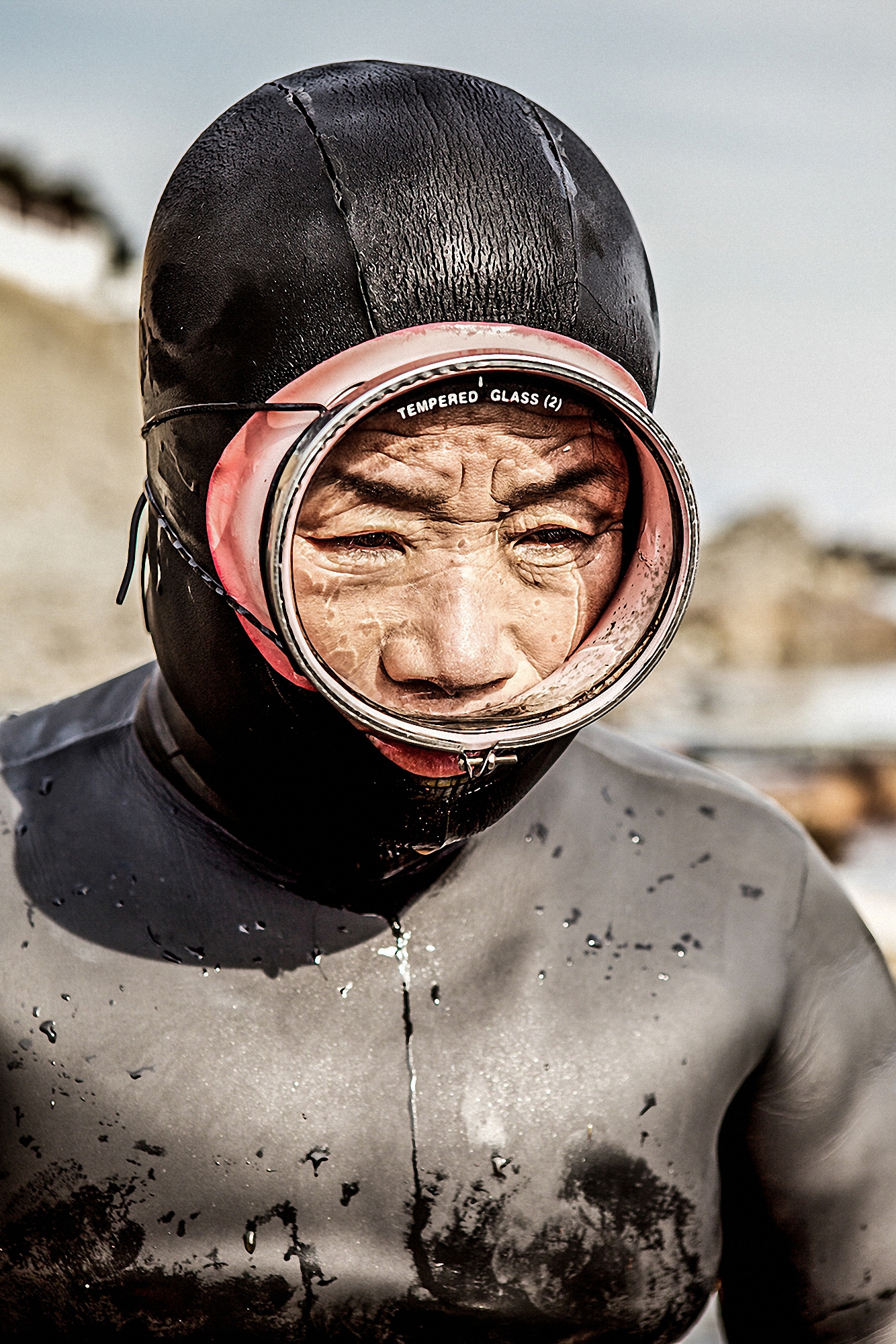 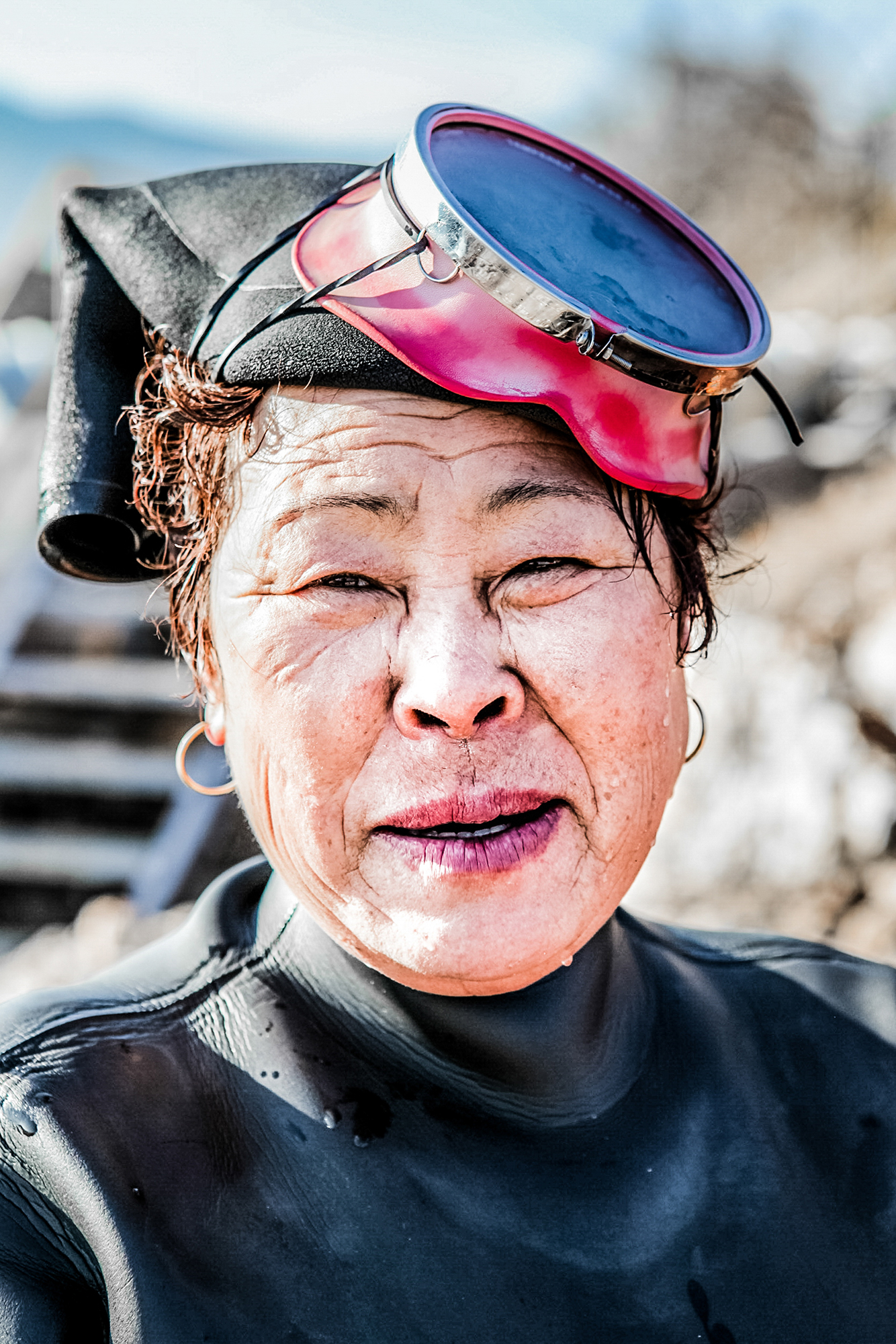 Growing up in South Korea, did you know much about the Haenyeo (Sea Women)?

I actually grew up in Busan, which is located in the southern east coast of South Korea. Also, the series of ‘The Mother of the Sea’ was taken in Gijang County, which is located in northern Busan, South Korea and is near my hometown. There are several groups of Haenyeo near Busan as well. I had an interest in Haenyeos because I had grown up in Busan and Kimhae City. I was familiar with Haenyeo grandmothers, but I didn’t know them well before I took on this project.

Why did you decide to pursue the project?

The project of ‘The Mother of the Sea,’ came from below sea level. These women have a century-old history of making their own living by catching oysters, sea cucumbers, abalones, sea urchins, and squids. They hold their breaths for over two minutes and dive to depth of twenty meters without using any diving equipment. Being a Haenyeo is certainly not meant to be for the weak; hence the saying in Korea, “Haenyeos do the work of the dead in the land of the living.” ‘The Mother of the Sea’ series captures the work and portrait of Haenyeos to express how I view this job. I wanted to express what difficult and physically demanding work they are doing.

My subjects were the Haenyeo female divers in Korea. Haenyeos recognize their symbol as the symbol of Korean culture as well as being representative of women’s culture. These women divers are carrying on a Korean legacy. I hope to share not only their beauty as women, but also their courage and their tenacity in facing difficulties during their lives.

What was it like to experience and observe their lives as opposed to hearing the stories? 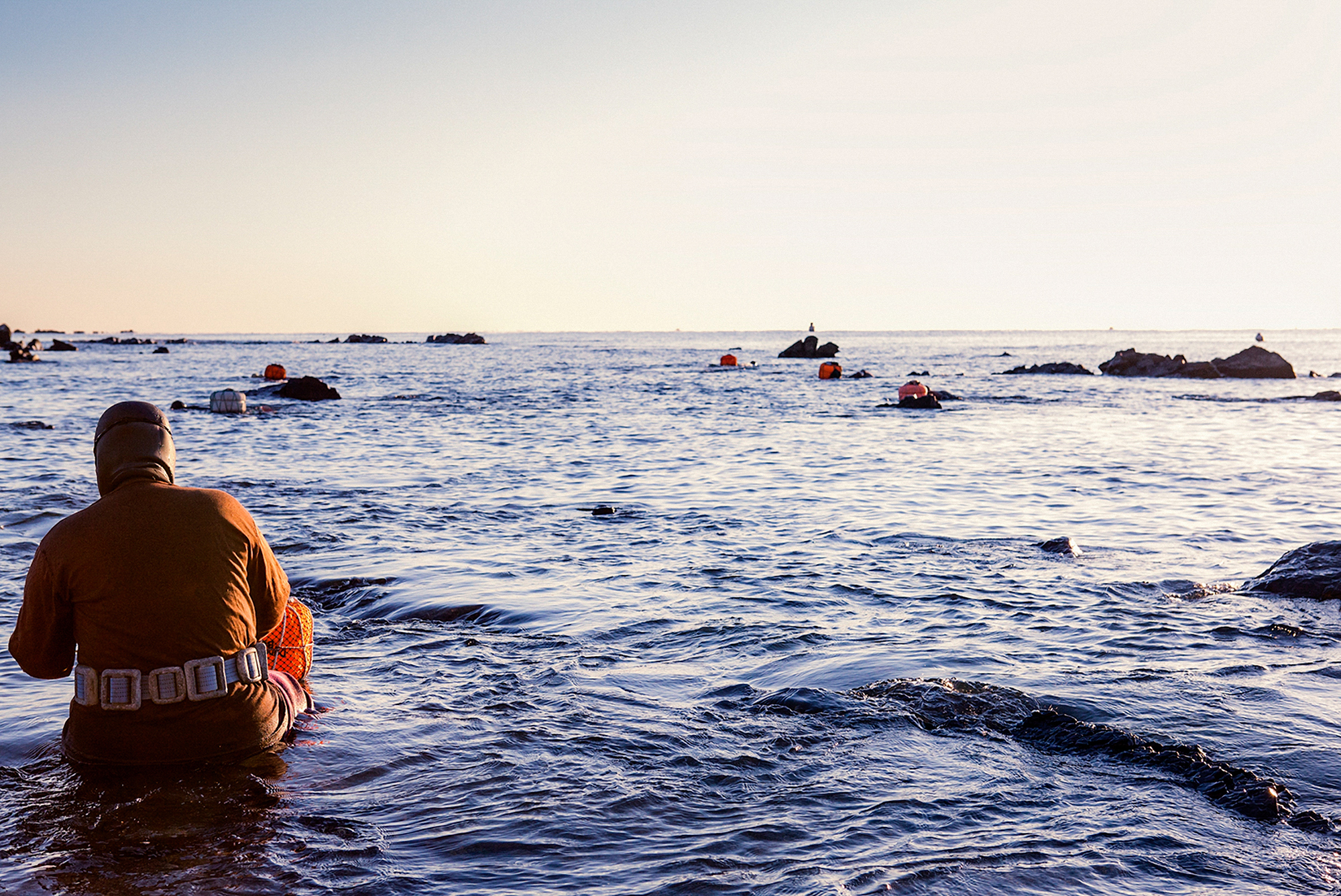 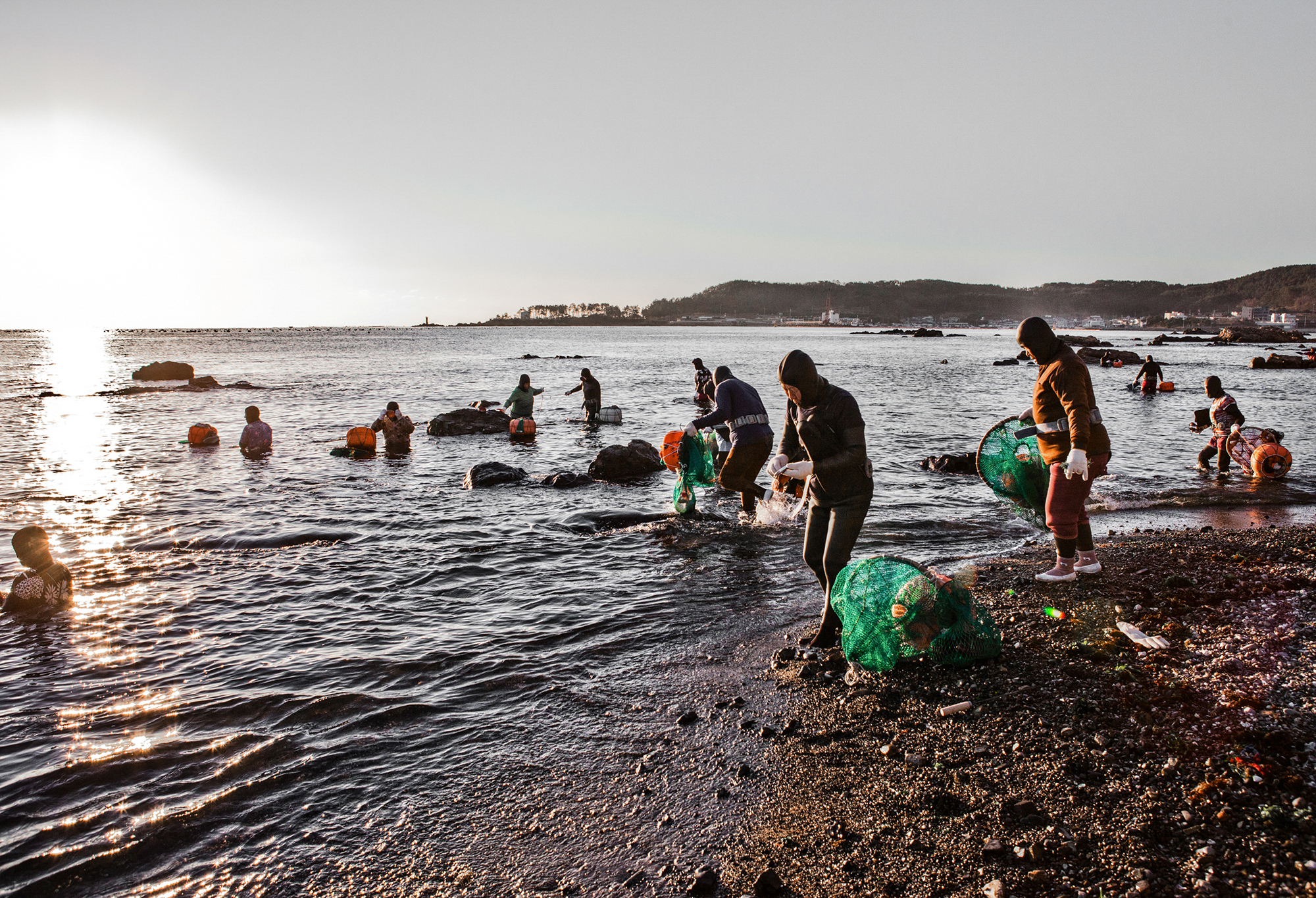 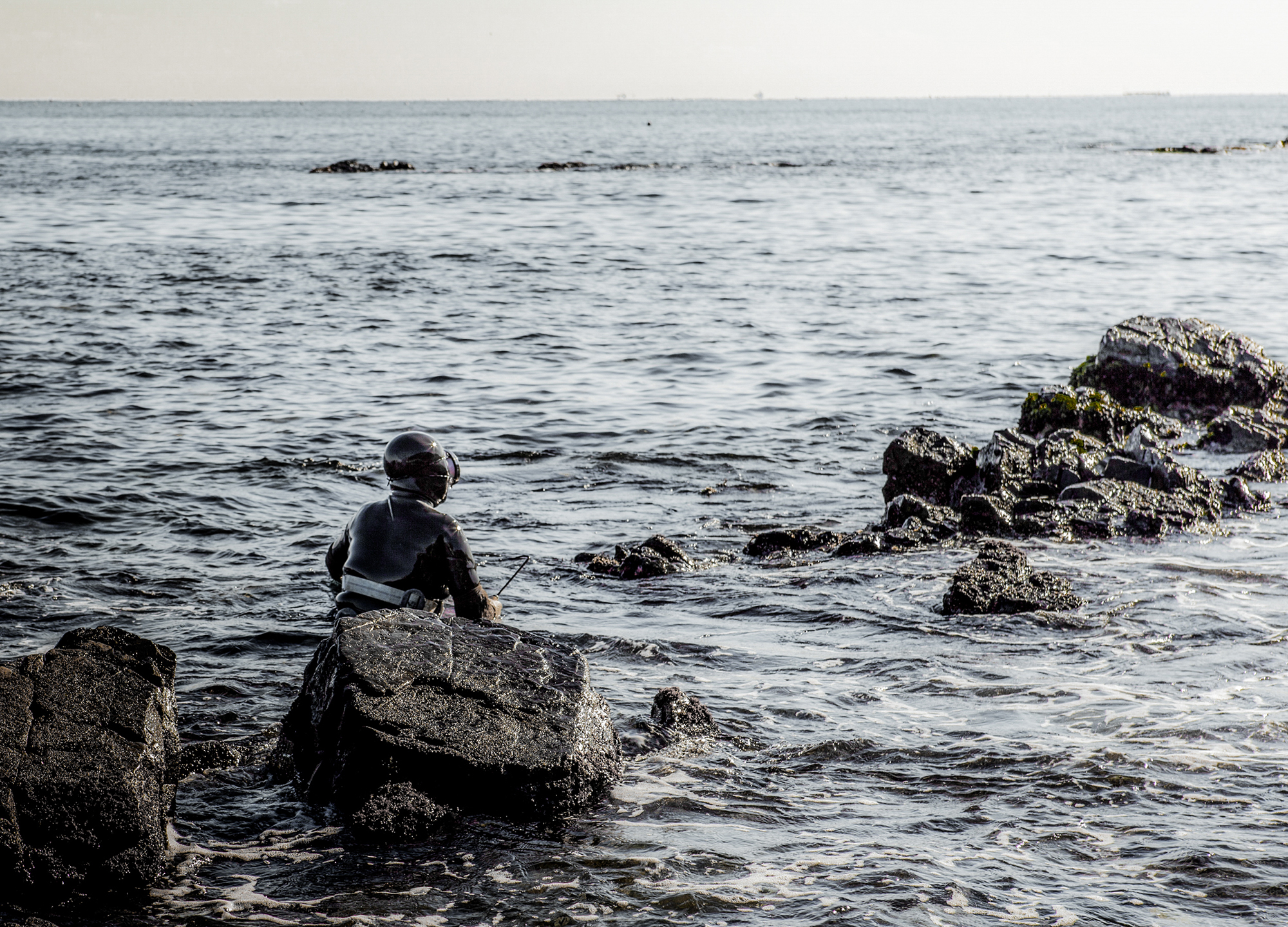 Do you have any plans for more projects involving your home country?

I have visited the town and try to photograph Haenyeos whenever I visit Korea. I still have special bonds with Haenyeo grandmothers. Last year I also visited them and photographed their daily lives.

I think I will visit Korea next year and would like to photograph them with large format camera.

Right now I don’t have specific plans to go back to street photography. For a while I need to focus on my public art project which I am working on.

What was your experience in street photography like in South Korea versus in the U.S.?

It was when I was at the School of Art Institute of Chicago for my undergraduate study, that my interest in street photography sparked. Because I have been immersed in observing people before I had a camera, I became convinced that the most compelling subject matter for me are people. 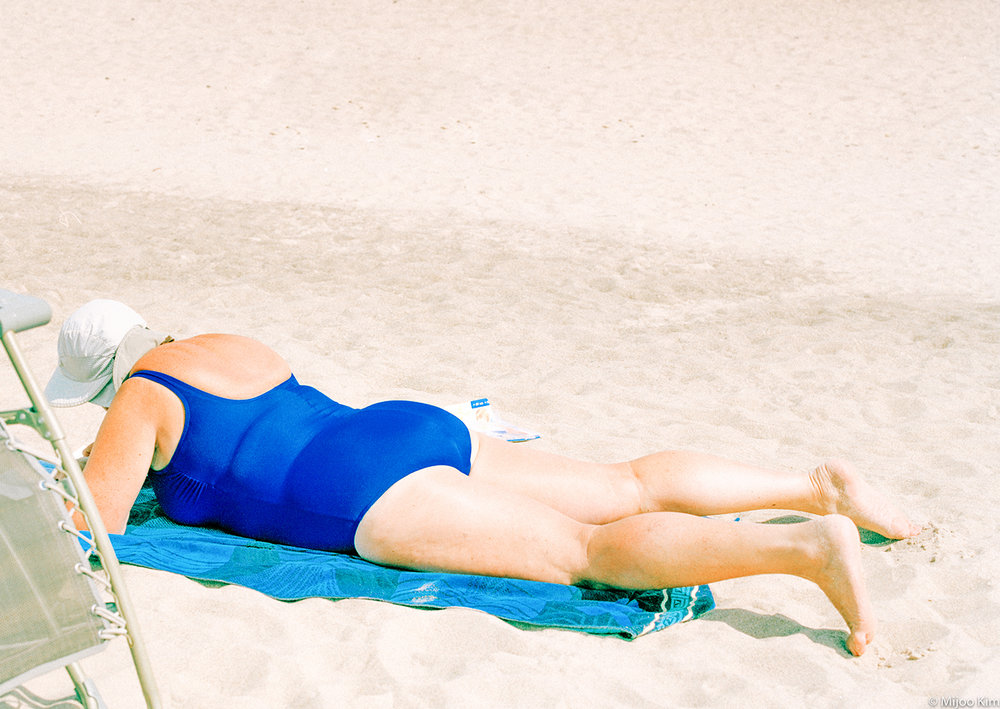 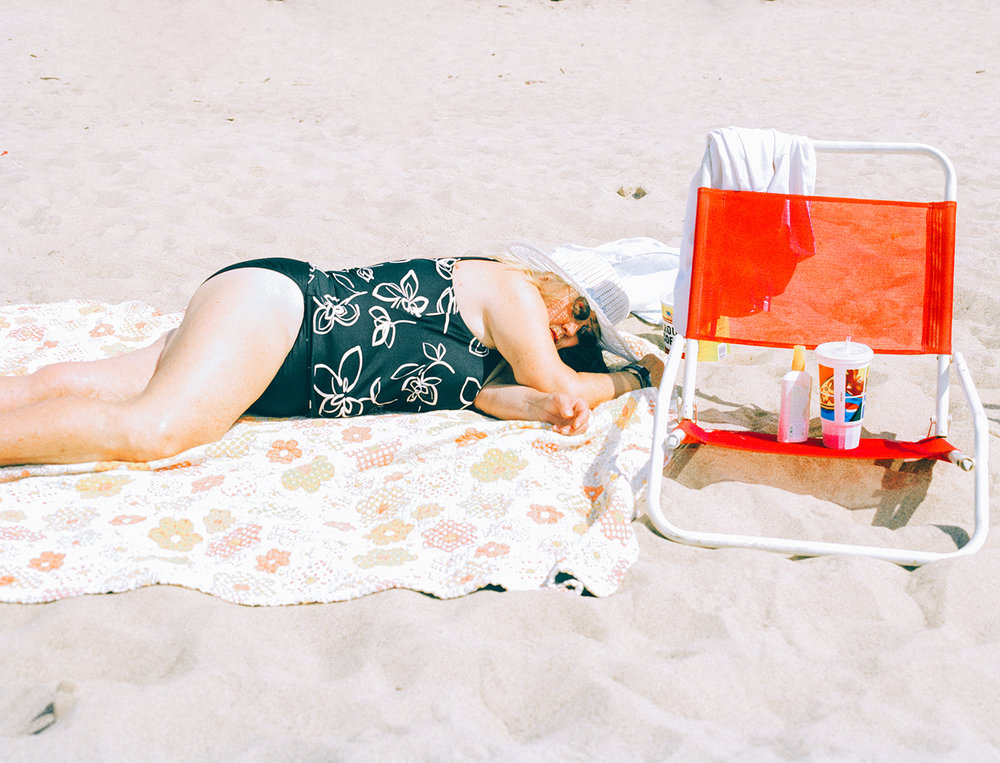 After moving to the U.S., how did photography help bridge the culture and language gap for you?

Taking street photography was the way I could interact with people in the States. At that time, carrying a medium format camera and wandering around the city of Chicago was a tool to communicate with people. Photography was my means of mutual understanding in life of America for a bi-cultural person. When I first came to America, I felt isolation due to the differences in cultures. Life in America was unfamiliar to me. Through taking photographs, it had filled me with a sense of achievement and confidence.

*What is it like to produce work in street photography as oppose to fine art photography? How does your process differ between the two genres? *

How did you end up becoming a resident artist at Artist Residency Program in New York?

Through the A-I-R program at the Center for Photography at Woodstock. I was encouraged to develop my photographic practices and pursue my new project which is called ‘Re-figure’. It was a great experience to challenge myself and to adapt to the new surroundings, including the rural environments of New York State. One of the most beneficial experiences was that I could get various perspectives from outside of my graduate study. I was afforded the opportunity to be influenced by masters of the field through photography workshops in terms of fine art printing and publishing. 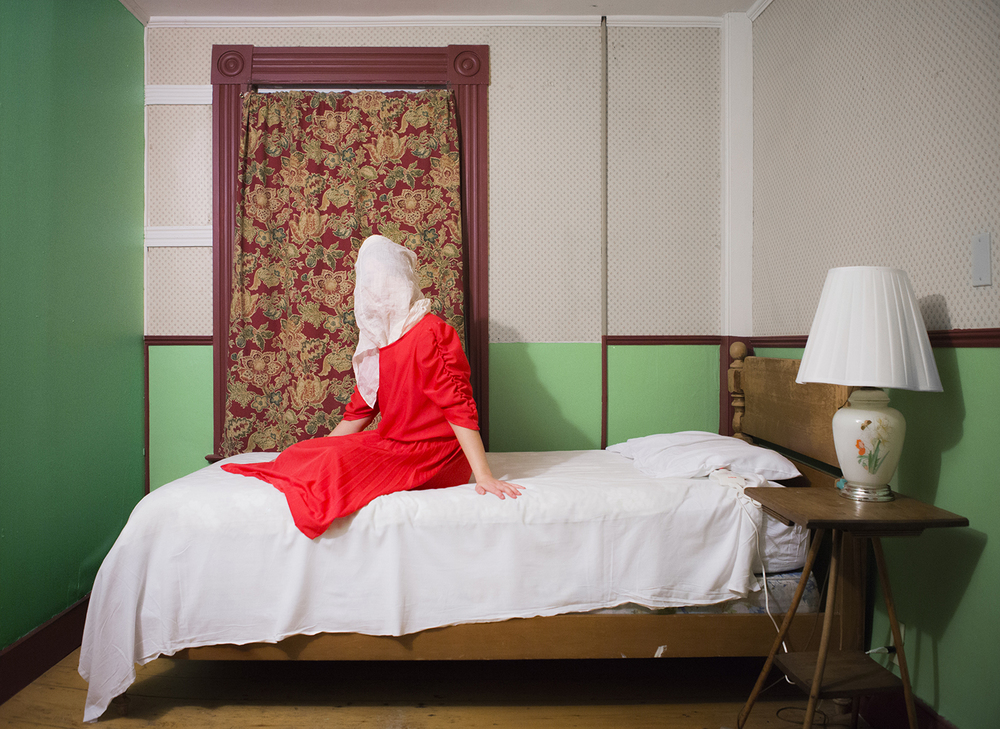 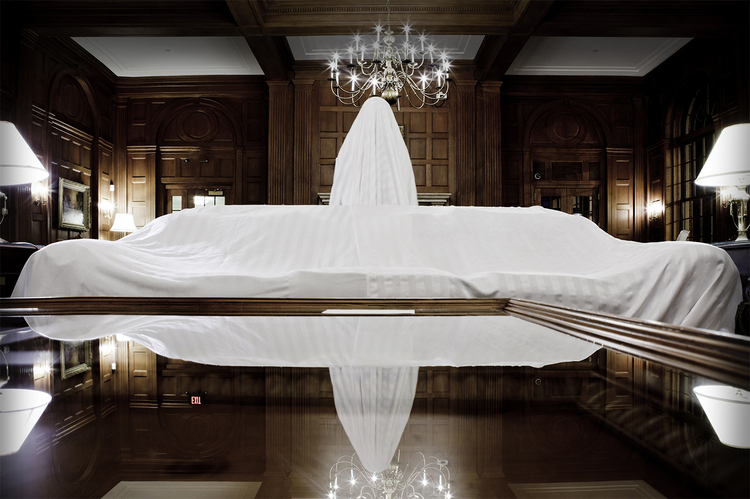 Would you have any advice for aspiring photographers? If you had to start all over again, what advice would you give yourself?

I always keep these sentences in mind. Photograph toward expressing your voice. Photograph things you are in love with. Keep up what you are doing and trust yourself. 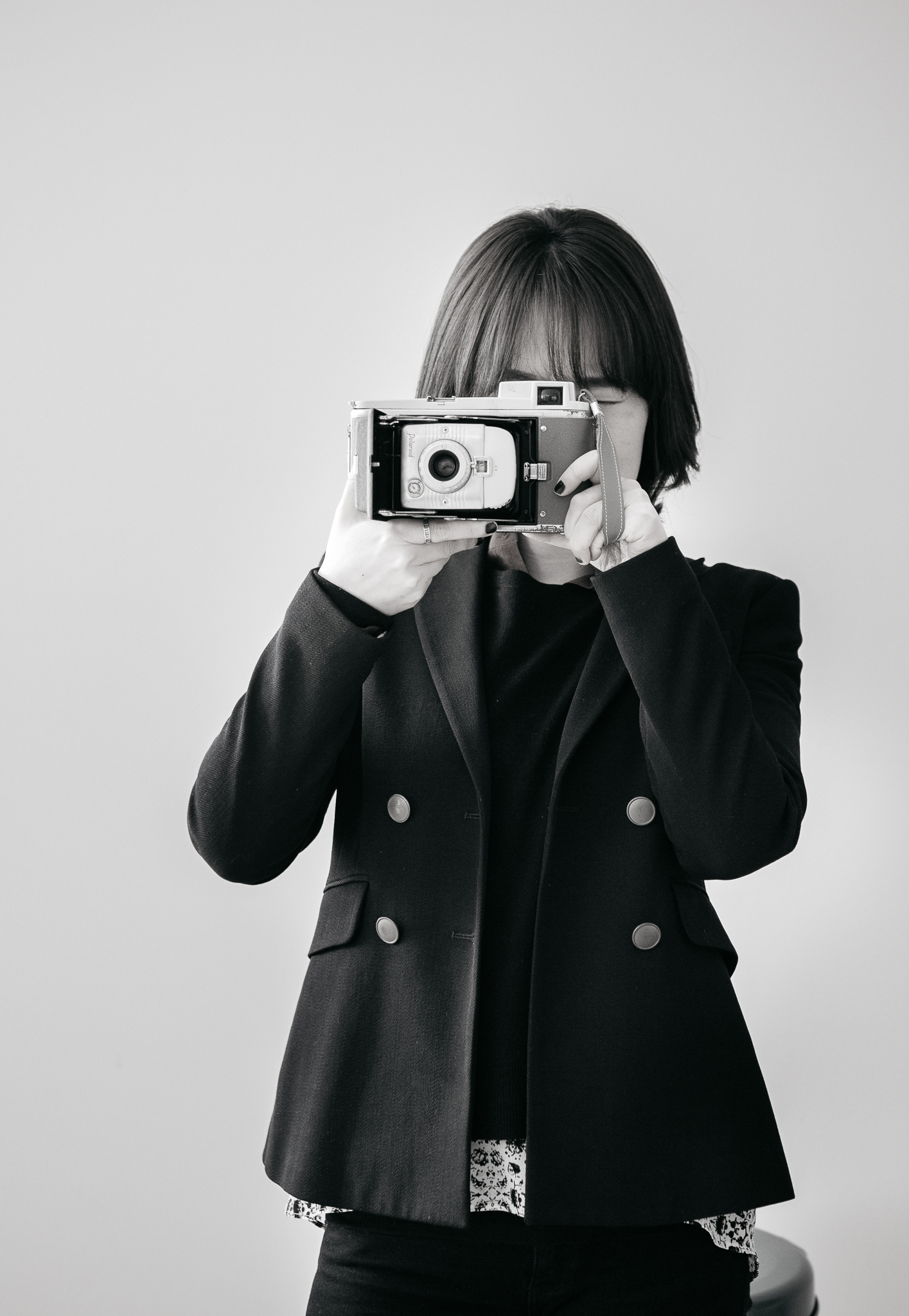