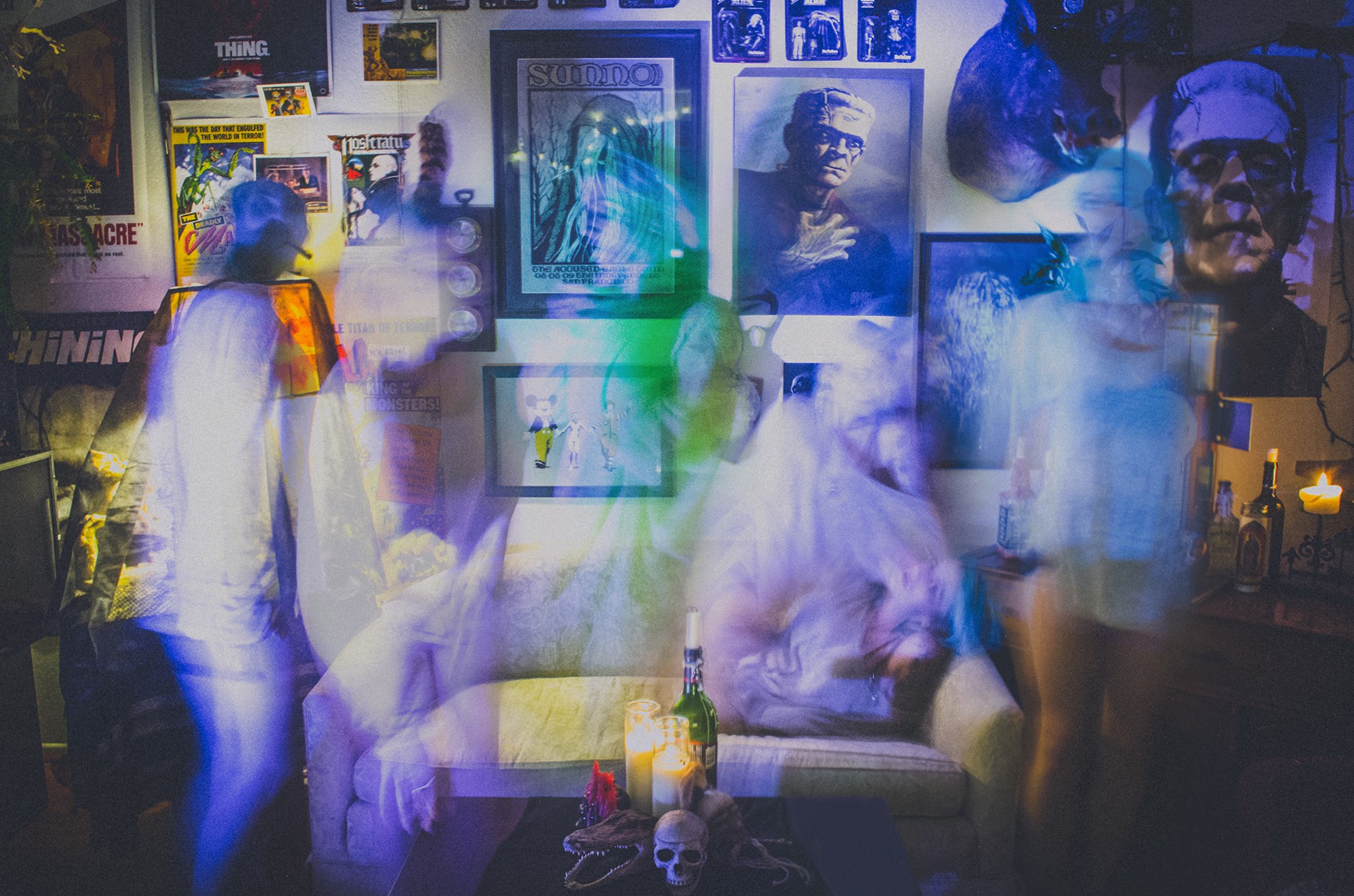 An Interview with pulpfictionally
Interview and Photography by Hon Hoang

As of the fourth quarter of 2015, Facebook had 1.59 billion monthly active users. Snapchat states that they average 100 million daily active users. Instagram has a reach of over 400 million users. With so many users and varying markets to tap into, it is not surprising to see social media accounts being used for business and self-promotion. Some people choose to use social media to keep in touch with family/friends while others see it as a means to explore new business ventures. However people choose to use social media, it cannot be denied that the user puts part of themselves into the accounts that they manage. Personalities, desires, and aspirations bleed from the keyboard onto the screen. As we transcribe who we are into digital personalities, are these personalties indicative of who we really are or merely who the consumers want us to be? In exploration and hopes to answer this question, I spoke with Pulp Suicide on what it’s like to be a Suicide Girl and what it means to share part of yourself on the internet.

How did you end up being a Suicide Girl?

I actually didn’t want to be one for the longest time. I had friends that wanted me to do it. I grew up getting tattoos and piercings on my own. There wasn’t any thought of “oh yeah, I want to be a tattoo model.” It was more of, “this is what I want to look like, this is what I like, this is who I am.” As I got more tattoos, my friend kept suggesting it and I just kept waving it off as one of those things where people are being nice suggesting I should be a model. It wasn’t a disingenuous suggestion, but it just felt overly-generous.

What do you mean by overly generous?

For example, I used to work in fashion and I used to get suggestions to be a model all the time. There was this one lady that said I should try out for America’s Next Top Model and I was like “right, I’m 5’2”, that’s not going to happen.” 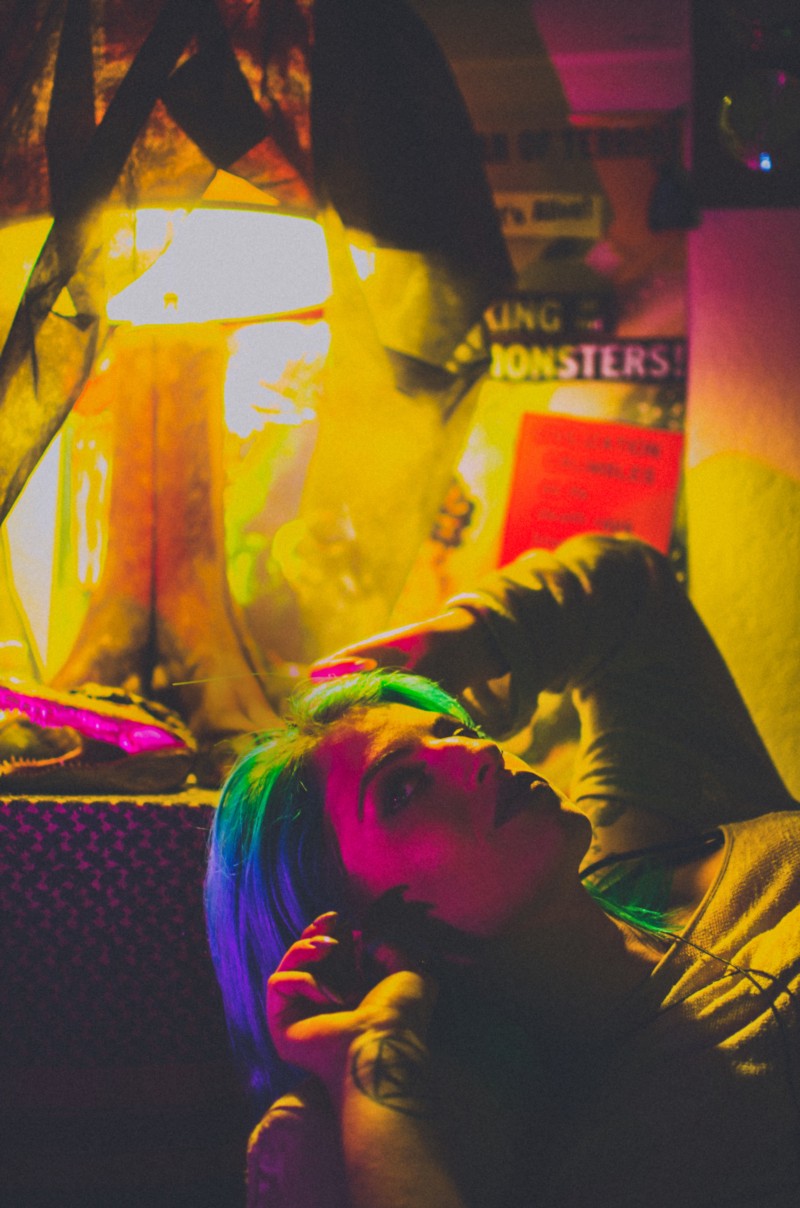 What does it mean to be a Suicide Girl? I’ve seen the accounts, but I can’t say I know too much about it.

We’re an alternative pin up site, but it’s more of what you do with it. For me, it’s more of a way for me to express myself in a way that I’m not. I’m not overly sexual, I don’t wear make-up all the time, I don’t like to dress up. It’s an excuse for me to try something different. I love photography myself and went to school for journalism. I always loved all different forms of art, and this just felt like another medium for me to take advantage of.

Instagram seems to be an outlet for people to pick up a different persona.

Yeah, it’s interesting because I was doing a periscope feed earlier, which is like Facetime, and someone asked me how many social media accounts I had? I was like, well, I only use Instagram because I hate being on my phone. I don’t like living on my phone, on the internet. I don’t like people knowing everything that I do all the time.

Do you feel like it’s necessary as a model?

It’s a necessary evil. To take advantage of it, I ultimately have to be on it. 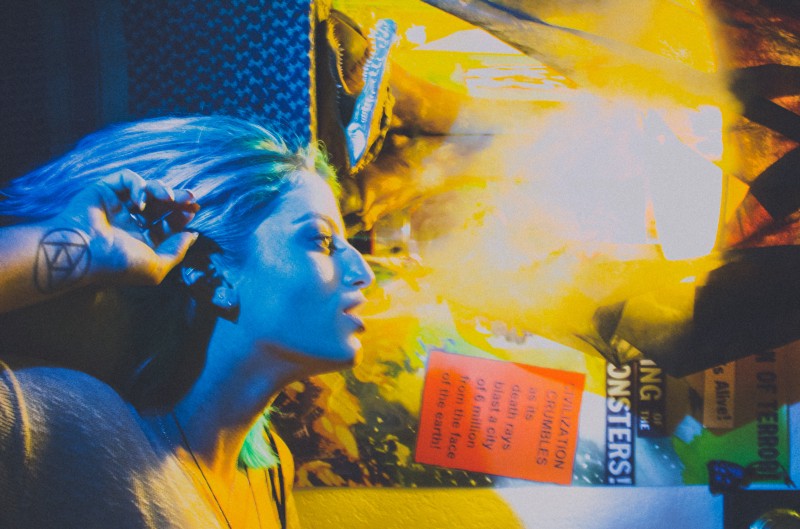 Would you be on Instagram if it wasn’t for Suicide Girls?

Yeah, I would. Since I have Suicide Girl and that’s what it’s attached to, I can’t post some of the things I really love. I have posted some of my own photography a couple of times and unless it has my boobs or my ass in it, no one really cares. I love photography and would really love to pursue something in Art, I don’t think I would be content working my 9 to 5 forever.

It seems like a lot of people who want to pursue the arts, often give up before they even try.

About a year ago I was about to give up.

On everything, it was one of those things where I convinced myself that I wasn’t good enough. I don’t look like a lot of girls. I have friends tell me like “oh man I wish wish I had yours…” “you’re so lucky you don’t need plastic surgery,” but they don’t realize that I’m not happy with how I look all the time, nobody is. I’m just like everyone else, I’ll just wake up one morning and be like “wow I look really fat.” 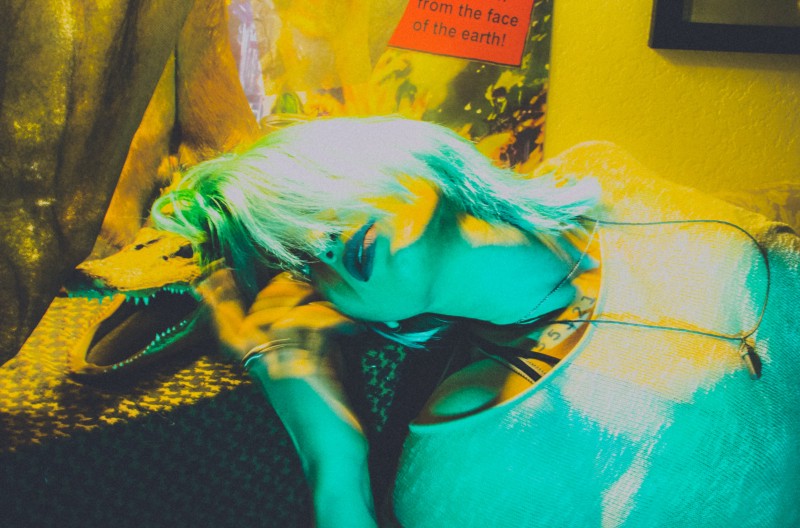 How do you feel about sharing part of yourself online?

I’ve heard you can make some amazing money snap-chatting and ‘camming’, but I’ve been with my boyfriend for over three years. This is somebody who’s been with me the entire time. We’ve had the discussion and I’ve told him I’m not going to do any of these over-exposing methods of putting myself on the internet… if I do… there’s nothing left for him. There’s no reserving it for him. He’s not dating the naked chick on the internet, he’s dating me as a person. 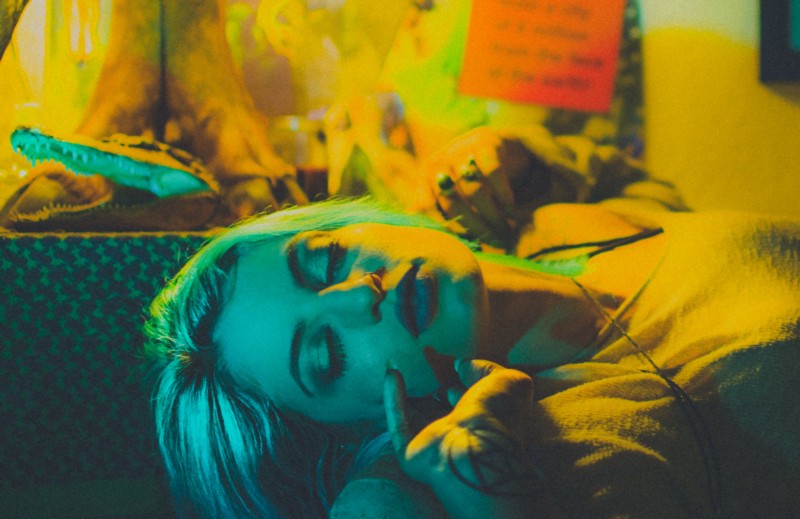